Public Works maintains the general overall function and quality of the Village of Durand. They maintain Saelens Park, are in charge of plowing streets, upholds the overall quality of the roads, responds to issues in regards to the sewer and water systems, and overall building maintenance. 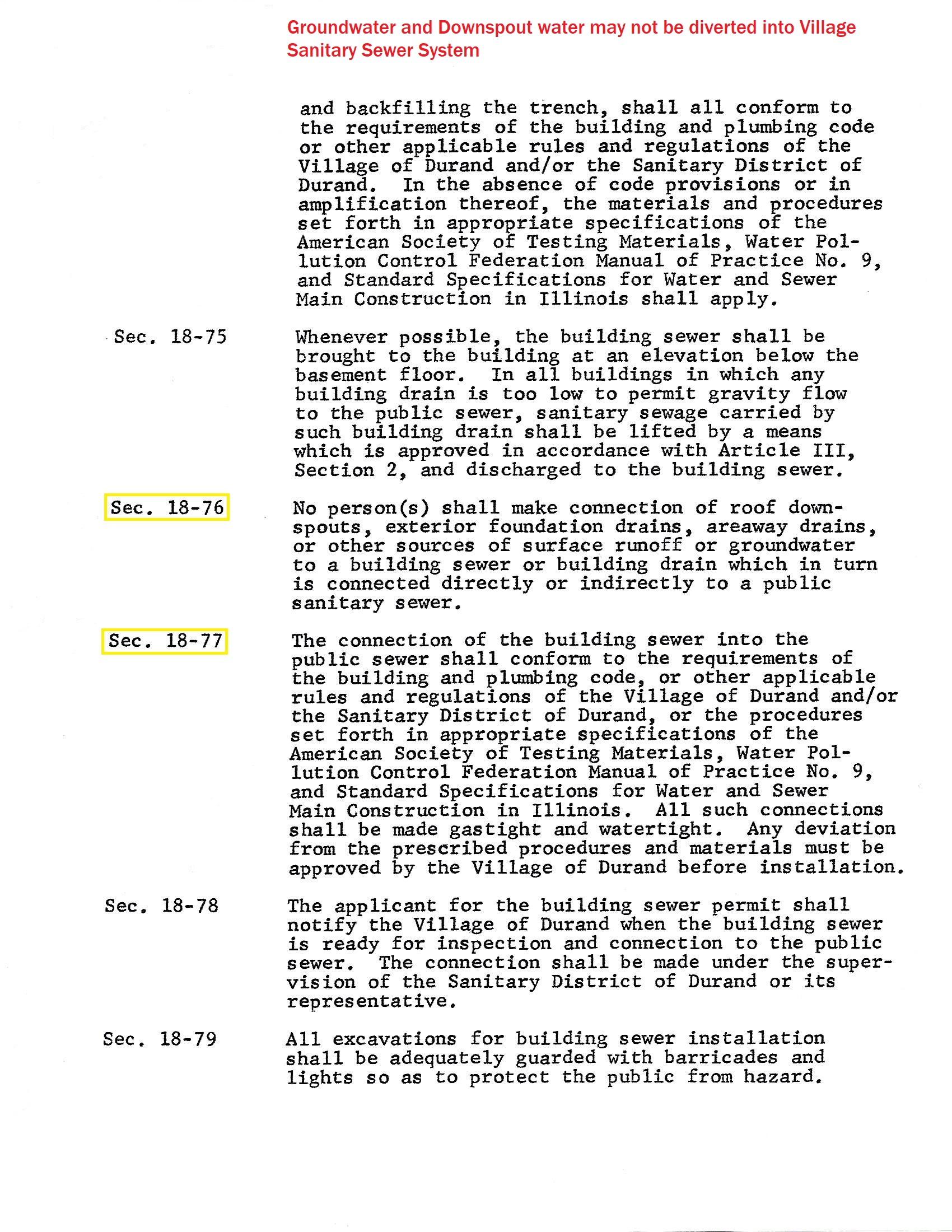 Some Village residents at the end of the sewer drainage line in town have had sewage backups into their basements upon large amounts of rain. The problem has been linked, for the most part, to some residents having their sump pumps draining to the sewer lines. The image provided is the Village ordinance stating that this is illegal. Aaron Kahl, Public Works Supervisor, proposed a new Sewer Plant Upgrade Project to the Village Board, Monday, October 28, 2019. The Sewer Plant Upgrade Project would include work to: the Lift Station, Piping and rerouting Lagoons and Sludge removal. As an Aeration Energy Reduction system, it would be highly efficient. Though the Village urges anyone illegally diverting groundwater and rainwater into the Village Sewer system to reroute water to the back of their property, the new system would accommodate the added load where necessary. The Village Board was receptive to the proposal. Additional information is being gathered at this time and the project has not gotten the green light as of yet.